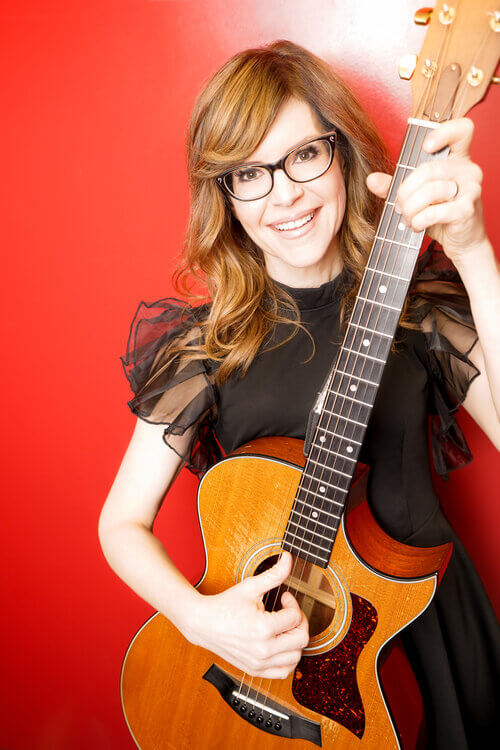 Lisa Loeb is a Grammy-winning singer songwriter, touring musician, SiriusXM DJ ,and philanthropist who began her career with the 1994 hit Reality Bitessong “Stay (I Missed You),’ the first song to go to No. 1 by an unsigned artist, leading to a major recording contract. She’s released 15 studio albums, including five children’s albums and two illustrated children’s books with music, and her most recent release A Simple Trick to Happiness. Lisa founded The Camp Lisa Foundation, which sends underserved kids to summer camp. She oversees the business and design of Lisa Loeb Eyewear, an ever-growing collection available at optical shops and Costco. Lisa provides voice talent for the animated series “Creative Galaxy” and composes the original songs for the Emmy nominated “If You Give a Mouse a Cookie” series. As an actor, Lisa’s recent film and television appearances include Netflix’s “Fuller House,” GEICO’s “Claims Audition,” and John Oliver’s “Last Week Tonight.” You might have also heard her voice on commercials including Alfa Romeo, Uber Eats, and CNN.